A few days ago we had our biweekly science operations meeting. Towards the end of it, one of my colleagues mentioned that the INTEGRAL Picture of the Month for December would be the obituary. “Obituary!?! For whom!?!”, I asked, with surprise and a little anxiety. “You didn’t know? Mike died last week”. It came as a slap in the face. I had no idea he was ill. And obviously, I had no idea he was dying. He was 42.

Mike and I met in Moscow in 2006 at the 6th INTEGRAL Workshop. I had read his papers, and he had read mine, but we had never met. There was a tension between the Russians and the rest of us. The reason is mostly related to the fact that 1) Russian scientists, formally can, and in practice do, work and share data or analysis results only with other Russians; 2) the Russian space agency put INTEGRAL into orbit, and in return, negotiated with ESA to get one quarter, 25%, of the observing time for the lifetime of the mission; and 3) more specifically related to the topic of my own research, the Galactic Centre, the head of the Russian delegation, the great and famous Professor Sunyaev, had negotiated to get half the observing time on this region, and therefore, share all the data half way down the middle with the official Principle Investigator for the Galactic Centre, my PhD co-supervisor, Andrea Goldwurm. So, there were subtle but definitely palpable tensions.

Professor Sunyaev gave a stunning presentation in which he talked about the science that could be and was being done with INTEGRAL data, he drew on his vast mastery of all fields of physics, making analogies, explaining connections, and clarifying issues that most of us could not even see, freshly and spontaneously, without any arrogance, in a simple matter-of-factly kind of way. I was immensely impressed. His was a 40-minute review talk. Mine, on the same day, was a 30-minute presentation, which was also a long one, since the programme contained mostly 20-minute presentations, invited review talks of 40 minutes, and a handful of 30-minute presentations. I gave a shortened version of the talk I had presented in the main amphitheatre of the CEA two months before to my PhD defence committee, and the public in attendance.

Everyone was very impressed, I think because, unlike anything I’ve ever seen at such a scientific conference, the first 10 minutes were spent with my narrating a Discovery Channel video of an voyage through the Galaxy, from the Earth to the Galactic Centre, that I slowed down to give myself enough time to describe the large scale structures and global features of our Galaxy, the distribution of stars and gas that make up its visible contents, talk about their formation and dynamics, about open and globular clusters, types of stars and their different life cycles, about planetary nebulae and supernovae remnants, magnetic field structures betrayed by particles trapped spiralling along them and seen at radio wavelengths, and on and on.

It was during the break after that session that Mike came up to me for the first time. He was bright, quick, sharp as a whistle, energetic and curious, open and friendly, but serious. He had a kind of grave seriousness to him. All these qualities appealed to me. He complimented me on the presentation, and we talked for a few minutes. What struck me most was that he was simple and straight forward: not puffed up, not arrogant, not condescending; and not cautious, hesitant, distant, or reserved either. Just open, simple, and straight forward: nothing hidden, nothing fake. I’m like that too. We connected.

Later that night, we had the banquet dinner, and we spoke a lot more together after eating. Naturally, given that we were in Moscow, everyone (or almost) drank plenty of wine with dinner, and everyone (or almost) was now drinking vodka. Conversations and laughter flowed freely and echoed in the large hall. Mike invited me to come out in the evening, and meet him with other people at a bar where we could watch, while chatting, the football game. It was the time of the 2006 Football World Cup, and this is what defined the plans for the evenings. I agreed, and we spent the evening together.

When it was time to call it a night, after all buses had stopped their service, he offered to walk back with me from the bar to the hotel. I gladly accepted. It was a 45 minute walk across the city, which I didn’t know at all, but which was his beloved home town. So somehow, in those few days in Moscow, we became friends. Friends who didn’t really know much about one another, but friends that connected on a deeper level. These things are hard to explain, and have to do with personal traits and upbringing, tendencies and sensitivities, affinities and outlook. The few other times we saw each other, either at conferences or meetings, it was always the same. We saw each other for a short time,  didn’t really have much to talk about because neither of us liked small talk, but we felt happy to see one another. We exchanged a few Skype chats over the years, but that was the extent of our relationship. 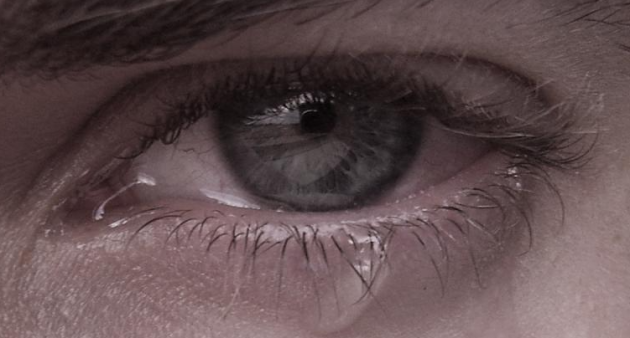 And when I heard that he was dead, I was shocked. What first struck me with sadness is that there was no way for me to express to him how I felt about him, and how sorry I was that he was gone. We often hear of someone’s passing after they have already passed. This makes it impossible for us to express anything to them: no expression of kinship or feelings of empathy, no sentiments of understanding at what they are going through, no words of support, comfort, or warmth. Nothing more can be expressed to them because they are gone. Tears welled up in the eyes. Impossible to say anything. Impossible to write anything. Impossible to reach him. Impossible, now and forever. Feeling sad and helpless, I sat in silence, tender and fragile.

This is what we are: tender and fragile. It’s just that most of the time we don’t realise it, nor do we think about it. When it hits us, and we feel it for a fraction of a second, we push it away, push it down under the shell that we think hides and protects us.

Looking at people every day, friends, colleagues, and strangers, I see so many signs of illness: I see people with the white of their eyes a yellowish colour, with the skin of their face a pale grey; I see dry and dull skin, rashes on the face, or the neck, or the scalp; I see hands and fingers that tremble with uncontrolled tremors when they should be still and unmoving; I see teeth that through a smile can be discerned to be capped by crowns, because they are too white, sitting on top of what are surely devitalised, nerveless, root canal treated teeth, whose dark colour lines the base of the tooth; I see young women with white faces, blueish hued skin under their eyes, sparse and thinning hair, feeling cold and looking down; I see young men with pudgy little man boobs, and men in their 50’s with sparse, balding eyebrows; I see bodies, full of fat, fat that is pressing in, compressing their vital organs, their heart, their liver, their stomach and pancreas. And on, and on. So much disease everywhere, and nothing to be done for these poor people. Nothing to be done because they don’t know, and because they don’t want to know.

Could I have helped Mike? I’m sure I could have. Did he ever share with me anything about his illness? Did he even know I knew anything about health and disease? No, he didn’t. And all these people I see every day? All these people with dehydrated bodies filled with accumulated metabolic wastes, acids and toxins, with undiagnosed intolerances and allergies, with severe B12 and magnesium deficiencies, with bacteraemia from toxic teeth, with serious iron and iodine deficiencies, with testosterone deficiencies and oestrogen overabundances, with extreme insulin resistance and metabolic syndrome, all sick and unaware of it. And what about all those with diabetes and cancer, diagnosed and yet undiagnosed? Is there anything I can do for them, no matter how sad I feel, or how much I would like to? No, there isn’t, because it is they who need to look for it, they who need to want to do something about it. And how can they if they don’t know, or even worse, don’t want to know?