We come out of our mother’s womb, and we are very soon thereafter given a bottle to suckle on. In the bottle there’s a powdered ‘infant formula’ mixed with water, or milk, or both. “The most commonly used infant formulas contain purified cow’s milk whey and casein as a protein source, a blend of vegetable oils as a fat source, lactose as a carbohydrate source, a vitamin-mineral mix, and other ingredients depending on the manufacturer” (source: Wikipedia). The water is municipal tap water with residues of agricultural and industrial chemicals, of prescription drugs of various kinds, fluoride that suppresses the immune system and makes the bones and teeth brittle, and chlorine that kills the bacteria and destroys the flora of the gut. The milk is most likely UHT, which stands for ultra high temperature pasteurised, cow’s milk from cows that have never set food outside, have never eaten a blade of grass, have only ever eaten soy, oats, and corn, and have their whole lives received antibiotics preventatively to lower the probability infection due to the fact that they are sick and immunosuppressed from the living conditions they are subjected to. How’s that for a start?

We start teething and we are given ‘teething cookies’ to nibble on. Cookies, like Gerber’s classic arrowroot cookie, made wheat and arrowroot flours, dairy proteins and solids, vegetable oils, sugars, and other stuff like stabilisers, preservatives, texture and flavour enhancers, and some added vitamins and minerals, of course.

We don’t need to have teeth to have ice cream. In fact, parents are encouraged to give cold things like ice cream teething infants to soothe their gums aching from the teeth pushing through them. And we love it, of course! We’re still far from being able to speak, but we eagerly await the next spoonful, which, if delayed too long, makes us impatient, and soon angry enough to cry out and let our parents know we want more.

Naturally, we never make a fuss when we are fed apple sauce, or pear sauce, or pureed bananas, peaches, or apricots, nor when we are are given mixes like banana-strawberry, or strawberry-kiwi, or even apple-carrot-parsnips. We also like sweet potatoes, squash, and even regular mashed potatoes with our pureed meals. But the green things like mashed pees or broccoli, that we like less—quite a lot less.

We always start the day with orange juice. In fact, this is so much a part of our upbringing that we can’t even imagine a morning with having orange juice. And as soon as we can chew, our breakfast is made of those delicious, sweet and crunchy cereals served in a big bowl of milk. This is another part of our upbringing that is so much a part of us that we  often consider it a normal part of life, and can’t imagine a life with it.

We snack on cookies, on muffins, on granola bars, and particularly like the chocolate covered ones. We snack on chips, crunchy and salty—on Doritos, Pringles, and all sorts of different kinds of chips—and we love them too. We love our regular home pasta dinners, our pizza dinners, our hot dogs, our burgers, our fries. When we’re hungry in the afternoon, we make ourselves those delicious peanut butter and raspberry jam sandwiches on ultra moist slices of white bread, and they’re so good we have a hard time to stop eating them one after another. And what about our Nutella, that amazing chocolate spread we can never have enough of? We really could eat the whole jar if we didn’t force ourselves to stop. It’s so delicious we even eat it by the spoonful when we don’t feel like having bread with it. And they tell us it’s good for us, that’s a good source of nutritious milk and hazelnuts. Wow! How great!

We get sick pretty often as school children, but not more than anyone else, about ten times a year or so. Our parents seem to get colds less often than we do, only about 4 or five times per year. Sometimes it’s worse than others, and we are given antibiotics. We take them because our parents give them to us. And they give them to us because our family doctor tells them to. We get loose stools for a while, and we don’t understand why. After some time, things kind of get back to normal.

We go on like this for years. Actually, usually for at least two or three decades. Everything we do destroys our gut flora. All the foods, the chemicals, the drugs, destroy the essential health-promoting bacteria and the balance between the different varieties that are meant to populate the gut, and at the same time promote the overgrowth of specific kinds of pathogenic bacteria and yeasts that take over our gut.

The reason is that undigested proteins in the blood trigger the immune system that responds to them as allergens. As this is the result of a degenerative process, and is therefore a chronic condition that grows more severe with time, the dysfunction eventually manifests itself into auto-immune disease conditions. Those ‘incurable’ disease conditions on which modern conventional medicine has given up. This is how serious it is.

Proteins from out food are not meant to enter the bloodstream—ever. So much so that the kidneys will completely clog themselves up trying to remove proteins from the bloodstream to the point of kidney failure. Proteins are meant to be broken down into the much smaller units of which they are made called amino acids. And breaking down proteins into amino acids is meant to be done by the stomach before entering the intestines. Hence, having not fully broken down proteins in the gut can only really happen if they haven’t been broken down while they were in the stomach. Clearly, it isn’t therefore only the gut that is dysfunctional and damaged: the stomach must also be dysfunctional in some way to allow these undigested proteins to pass into the intestines in the first place.

We have previously looked in detail at the process of digestion in Understanding digestion. The essence of what we need to know is that the stomach has specialised cells whose purpose is to secrete hydrochloric acid to break down proteins; that acid is produced when these cells detect the presence of protein in the stomach; that as proteins are broken down, the pH rises and the stomach secretes more acid to keep the pH low in order to continue breaking down the protein; that when the pH stays low for a few hours or so, this signals that all the proteins have been properly broken down, and that the chyme (the processed contents of the stomach) can be transferred to the small intestine; and that at which point the stomach valve opens, the acidic chyme moves through, and the pancreas injects into the small intestines a concentrated solution of bicarbonate to neutralise the acid which would otherwise damage the lining of the intestines. This is how it’s supposed to work.

But if there isn’t enough bicarbonate in the system, the pancreas cannot do this properly. If there isn’t enough water, the pancreas cannot do this properly. If the stomach doesn’t produce enough acid, the proteins are not broken down properly. And if the acid producing cells of the stomach are not regularly exposed to high concentrations of hydrochloric acid, they lose their ability to produce it. This happens when little or no concentrated sources of protein are eaten, like when we are vegetarian or vegan for a long time. But it also happens when the lining of the stomach, which is supposed to be protected by a thick layer of mucus while digesting protein, is instead exposed to and damaged by its own hydrochloric acid. This happens when there isn’t enough water to make that protective layer of mucus, and it is why we should drink water before meals.

What’s actually hard to believe is how simple the solution is: 1) avoid as much as possible exposure to chemicals and antibiotics, and adopt measures to systematically help the systems of the body cope with and recover from the exposure we cannot entirely avoid; 2) avoid as much as possible the overload of sugars and starches, and focus on animal protein and fats from free range animals, and green vegetables. This will automatically lead to a nutrient-dense, whole foods diet that also minimises exposure to gut-damaging lectins; 3) drink plenty of clean water to ensure good hydration, especially with enough time to replenish the stomach’s and pancreas’s reserves before meals, and take a little extra bicarbonate on an empty stomach with your first glass of water in the morning to maintain a good alkaline buffer and balance. 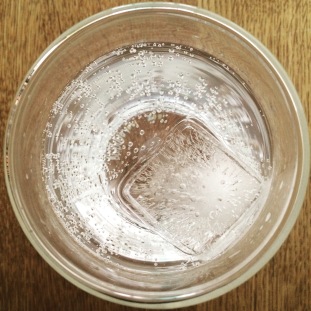 This strategy is so simple, and yet it is both preventative and curative. The extent to which we need to be strict depends on the extent of the damage from which we need to recover. And as it true for everything, it’s far easier to prevent damage than to recover from it. That’s obvious but it’s good to remind ourselves of it when our motivation weakens or strength of will falters. The amazing news is that, as shown by doctors Terry Wahls and Steven Gundry who specialise in the treatment of autoimmune disease conditions, recovery from even the most severe cases is virtually guaranteed and only a matter of consistency, patience, and time. I hope this is enough of a motivation for you. Enough of a motivation to at least start to make the effort to regain and then preserve the health of your gut and digestive system—the system on which everything about your health depends.

Thank you to all our patrons, and in particular Eric Peters, for their continued support. Become a proud sponsor of healthfully and join our patrons today!